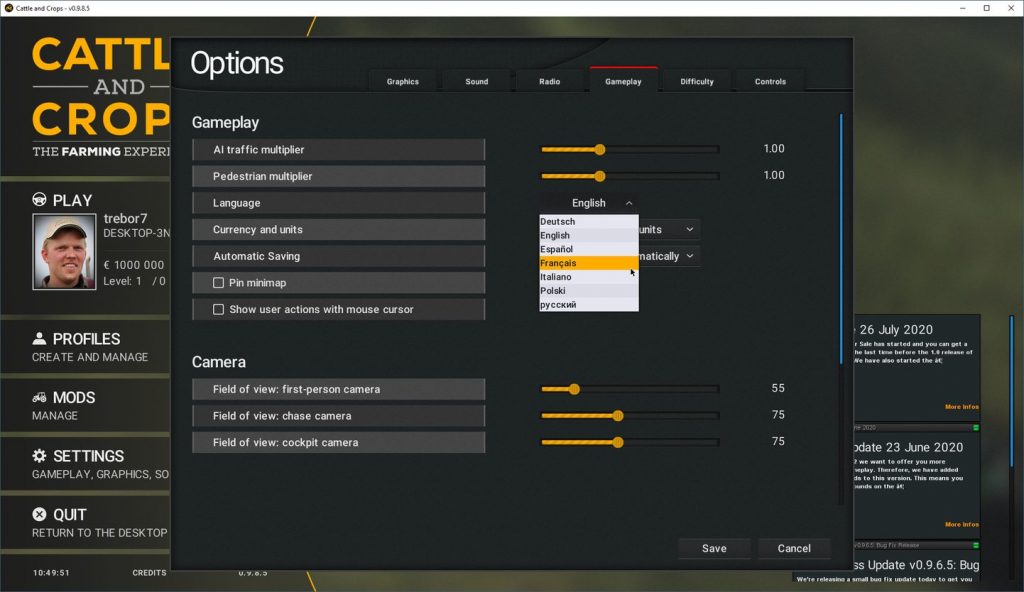 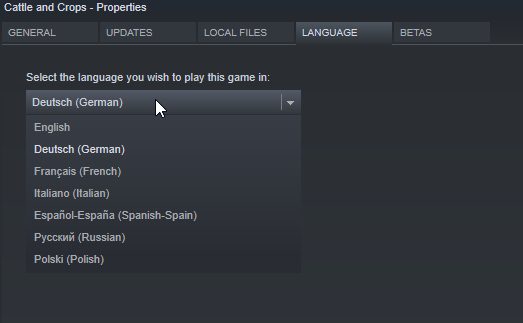 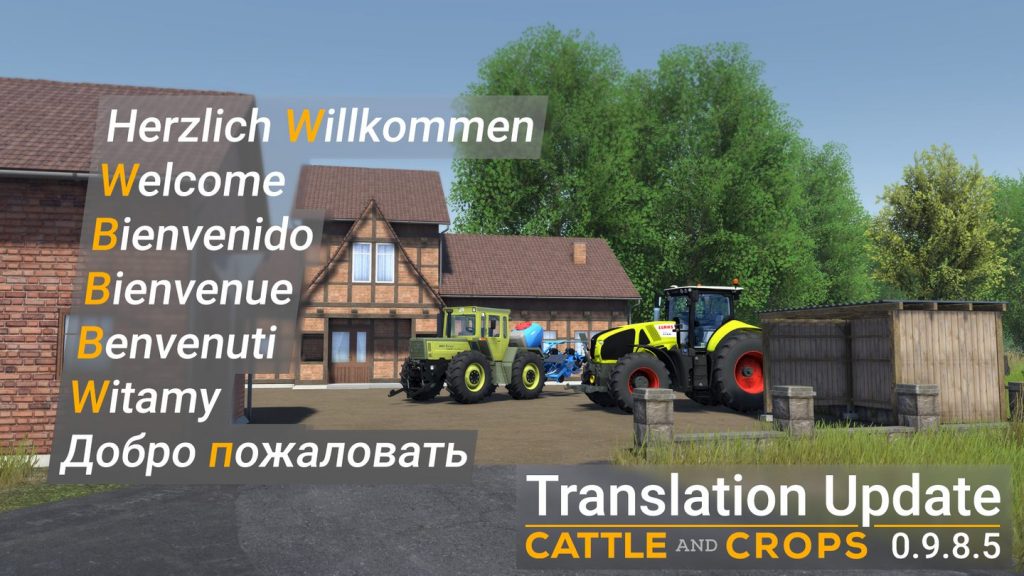 Today we publish a language update with which most of you can set your national language. In Cattle and Crops we not only support German and English, but now also French, Italian, Spanish, Russian and Polish.

You can select the new languages in Steam under the Cattle and Crops properties:

In the versions of GOG and Launchpad you can select the language as follows:

NEW
New languages Spanish, Italian, French, Polish and Russian
BUG FIX
Fixed missing action to chase away animals and added missing sounds
BUG FIX
The Lemken Azurit machines no longer lift the wheels of tractors
NOTE
Some GUI elements are not yet translated because they have not yet received a string ID
NOTE
Some panels still have minimal problems with Russian regarding text width recognition