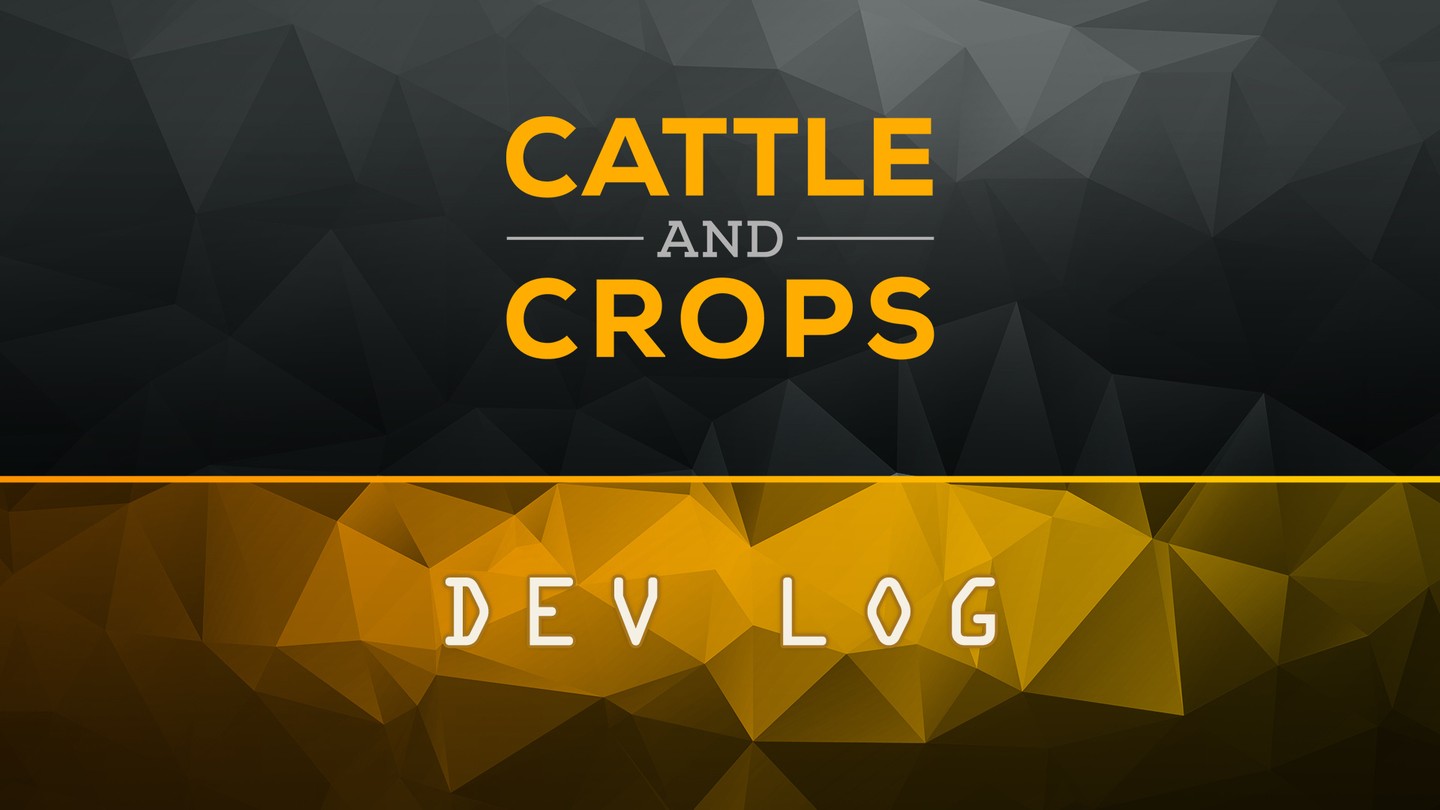 first and foremost: thanks a lot for your enormous feedback, the constructive criticism and the numerous detailed bug reports we have received from you. With your help we could successfully start the Community Early Access phase with Cattle and Crops and are on the verge of releasing it on Steam.

In our new Q&A area we want to inform you in regular fashion which construction site we are mainly working on at the moment. We will also answer some of the community’s questions.

Please understand that the development of the game and the fixing of heavy bugs always has top priority for us and that we don’t have a regular interval for these posts.

You can post your questions in this Thread we have established for this purpose: http://forum.cattleandcrops.com/thread/1660-your-questions-1/

Question 1: What are you working on at the moment? What are the next goals?

The next goal is of course going to be the announced Team release mid-February. At the moment we are fully occupied with the preparations for it. Recently we have already received your future Steam keys, which we will provide the supporters with when the release is here. Until the Steam release we will continue to fix the bugs you have reported and provide you with bugfix updates.

We are also busy improving the AI: our new employee is being equipped with a headland function at the moment. With it you can define the front side of a field in the editor and even get an exact preview of the calculated field lanes that fit the current working width. Our Ai developer is confident that this feature can be tested before the Steam release. A major part of the reported problems regarding the employee should be settled with that.

We are also currently testing a new gameplay element: Through the trade with certain factions on the map or the accomplishment of certain missions you can unlock new story segments, vehicles, discounts or tracts of land.

Also in the works are new controls for analogue implements like the frontloader. We are not sure if this feature will be in the Steam release or if we will release it even earlier.

Until now some of the important keys for players outside of Germany are not assigned by default. This improvement is likely to also be included in an update before the Steam release.

Question 2: What are the next big projects after the Steam release?

After the release on Steam we will begin to add some type of grains as new crop variety. Associated is of course the according vehicle fleet from seeding to harvesting and the transportation.

Furthermore we will dedicate ourselves to the biggest technical issue again: After we have done successful multiplayer tests in the past we will bring the multiplayer code up to speed and put it to the acid test. Our focus lies on the intelligent synchronization of field and ground data. We have scheduled the multiplayer for the second half of the Early Access phase.

Of course we also keep on expanding the gameplay: our modular quest system provides you with great opportunities for a very vivid and diverse story mode.

Question 3: When will you put out more machines?

We have planned a small vehicle fleet for the Early Access version that covers all necessary procedures and makes it easier for us to fix bugs.

We will deliver the required vehicle fleet with the crop and greenland update.

Of course we have a multitude of further vehicles and implements in development you can look forward to.

Question 4: Manual attaching – what state does this feature have?
This feature already exists as a prototype at the moment. It will presumably be implemented in the course of the Early Access phase, together with the other working steps that can be attended to manually.

Question 5: Performance – what are you doing to improve it?

At the moment two things are the most performance heavy:

The first one is the updating of the Scenegraph after the physics simulation.

When the physics simulates and moves a vehicle, all elements in the vehicle have to move with it and that costs a lot of performance at the moment. When a lot of vehicles are active it can happen quite fast that the runtime costs for the complete demanded time of the game code are doubled only for this updating.

We already have a few good ideas to lower these costs but didn’t have time for it yet because more important game breakers had to be fixed first.

The other big challenge is of course the rendering of the landscape and ht emachines. Rendering is generally the biggest challenge for all game engines and demands most of the time.

We really have a lot of small objects that have to be rendered individually and where it has to be checked if they are in the visible part of the camera after all. This happend every frame and on average demands 70-80% of the complete CPU time per frame.

We can make considerably improvements in this area. For example: in the future we can summarize inactive objects and render with less draw calls than before. We have already begun for the rendering of plants and it works a lot better there. We also want to have a much bigger visibility range with a performance that at least stays the same.