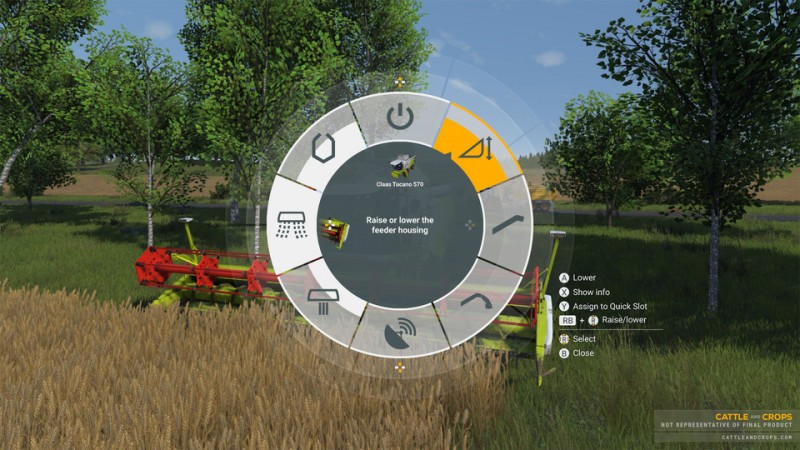 As mentioned in the previous status update, we’re currently working on gamepad support. This week we’ve concentrated on the display and controlling of vehicle user actions.

We’re in the process of designing and developing a radial menu that allows you to access and control all User Actions very quickly. In order to keep the menu uncluttered, the User Actions will be divided into several groups. Our example has the vehicle’s most important actions, such as turning on the machine or unloading, in the first ring, and functions like doors, windows or the steering console in another one.